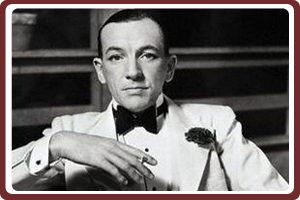 Not sure how many people read Noël Coward’s short stories any more but I found a copy of The Complete Stories at a garage sale last week and have been enjoying them enormously. No one else describes children as “artificial-looking” or an elderly Englishwoman as “wriggling a little, like a dog waiting to have a ball thrown for it.” Somehow these tales read like loving parodies of Somerset Maugham, written by someone who wished he had the romantic sincerity to be Maugham but was far too witty and ironic for that to be possible. They are an absolute delight.

As are the other two precious things on my desk tonight – a bottle of Hennessy Paradis and another of Richard Hennessy, both on loan from a kind friend and to be returned tomorrow. I have enjoyed many treats over the years but these two are right up there near the very pinnacle of treatdom, the Kanchenjunga of self-indulgence. Paradis is simply spectacular in its subtlety, complexity and length. It’s a blend of “several hundred” rare eaux-de-vie from the Hennessy archives, aged between 25 and 130 years old and first created in 1979 by Maurice Filioux, the company’s master blender at the time. The bottle before me was blended by Maurice’s grandson, Yann Filioux, from the seventh generation of the same family of Hennessy’s master blenders. Even as he bottles this batch, the man must be setting aside young spirits that his great-great grand-descendant will blend for future Paradis…

It’s the length that impresses so much. It just lingers on the palate for ages and ages so there’s no need to raise the old crystal snifter again until at least ten minutes have ticked by. The aromas lifting into the room are very hard to describe. Like very good Cognac only much more so. I could list the fleeting impressions but it would be like a painting-by-numbers kit of some Turner masterpiece – not a great deal of use. Okay, there’s dried cherry and tangerine, spiced prunes and lots of floral notes… No, it’s no use. It just smells like sublime Cognac, as smooth and elegant as a silk dressing gown but rather more expensive at $652 a bottle.

But bargains are relative. The other bottle beside me, Richard Hennessy, takes everything very much farther. It’s named for the Richard Hennessy who came across to France from Ireland and founded the house in 1765. This is a blend of over a hundred separate eaux-de-vie, some of them distilled in the early 19th century. Almost two hundred years old, in fact. Older than Napoleon (Napoleon III, that is, the emperor for whom “Napoleon Brandy” is named), and older than phylloxera – an astonishing time capsule that is somehow still vibrant and muscular. It costs about $6,000 and just to taste it is an extraordinary privilege. Some very old brown spirits (a handful of glorious old rums and whiskies, for instance) have a ribald, fruity old age, like Christmas puddings or plum cakes, beloved old grandpas sitting by the fire with excellent stories to tell and a twinkle in their eye. These superb antique Cognacs are more awe-inspiring than that – still so elegant, so powerful, so disciplined. The tales they tell are immortal truths, as plangent and as perfectly phrased as Mr. Coward’s dialogue.

Hennessy is the biggest Cognac house, responsible for 40% of Cognac sold in the world. It’s important to them to be seen as more than just large and successful, however. Hence these two masterpieces, on sale at the LCBO right now and most handsomely packaged. I will never own a Turner or a snow leopard or a Caribbean island, but it’s good to know they exist.