What a busy week! But that is neither here nor there.

An email trickled in this morning from Nobuyo Stadtländer saying that people were still contacting Eigensinn Farm about the Pinespiel, having seen it on this site. Those who actually read the posting will recall that it was announcing the Pinespiel’s postponement to another year.

Now we have other news. Michael Stadtländer will be creating a different festivus this August that he’s calling Himmel und Erde, but it’s not a reprise of the Heaven and Earth project. Here’s what Michael himself has to say: 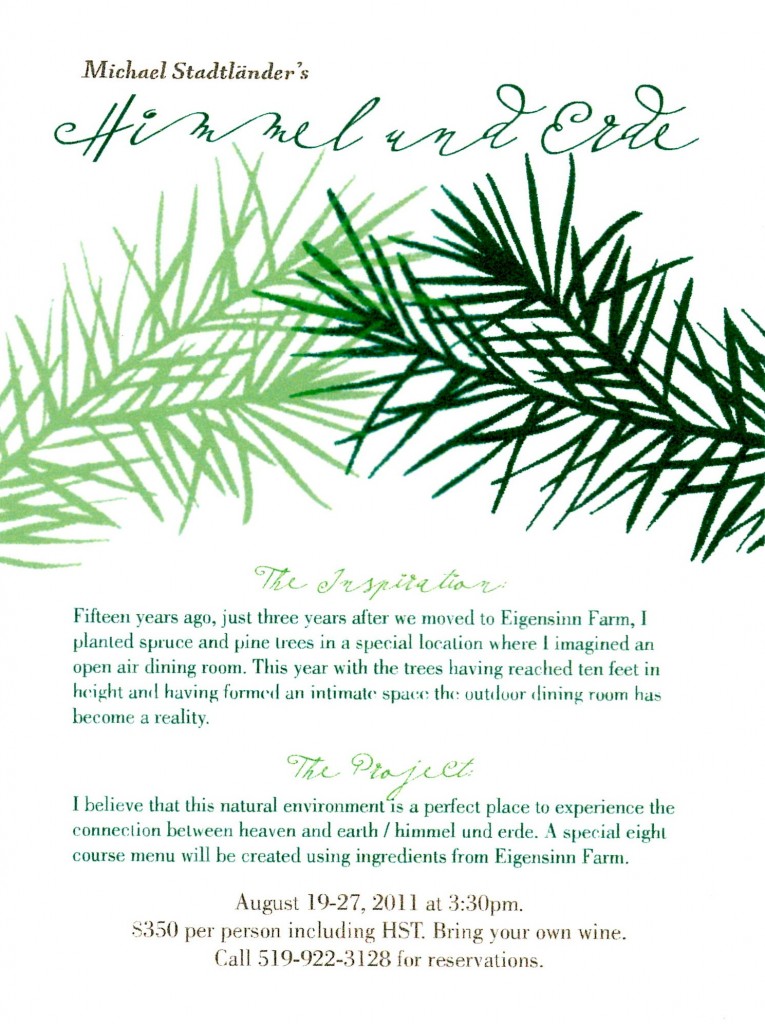 Like Prospero he conjures gardens in the wilderness and sets forth feasts to please us. But no aerial harpy will disturb this banquet.

And there is more – a second promise from Michael – in October, a mighty gathering of 20,000 citizens! Seventy canadian chefs! In case you hadn’t noticed, the children of Mamon are loose in the land – even the awful people of the Fomor – greedily seizing the farmland of Melancthon, threatening to take the axe to Riverdale Farm (in its charm and its innocence), poisoning and stealing our water from the Headwaters of Ontario to Alberta’s Athabasca to the splash pools of urban Toronto. Here’s a delicious way to protest – on the very farms the Boston hedge fund and its puppets are seeking to destroy. 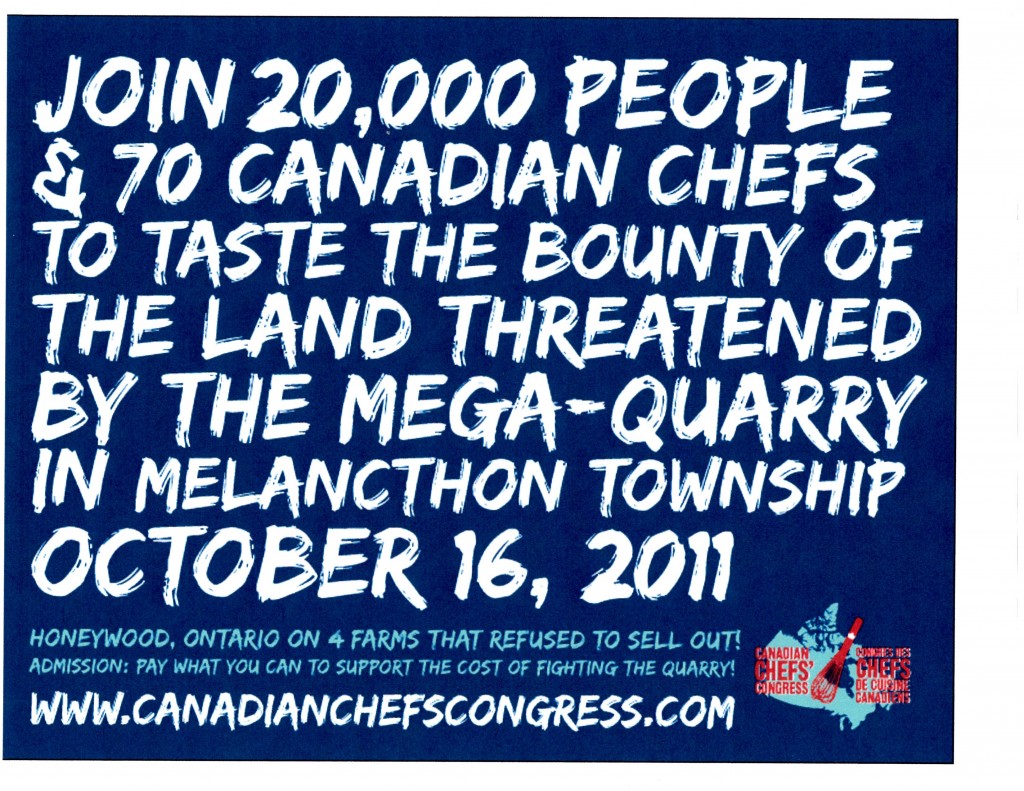