This Christmas we made our escape to Norfolk (England, not Virginia), renting a tiny 17th-century cottage near the coast. It was built as a royalist magazine during the English Civil War, cunningly disguised as a chapel to hide its stores of gunpowder and weaponry from the Puritans. They say there’s a secret tunnel leading from it to the sea but we never found it, preferring to hole up around the blazing log fire after dark, listening to the buffetting wind and walking on the vast, deserted beaches and sand dunes during the daytime. This is the Eastern bulge of England that sticks out into the cold, grey North Sea – marsh and wetlands and tidal channels down which the fishing boats creep to catch crabs and lobsters and small, flavourful brown shrimp. We bought some almost every day from a hut on Brancaster Staithe with bags of cockles, mussels and oysters as relish. The weather was gratifyingly bleak and rainy but we had mornings of unexpected sunshine and nights when the wind died away around three a.m. and the full moon shone like a searchlight through the mullioned windows of our attic bedroom.

We ate very well, needless to say. For Wendy’s birthday dinner we splashed out at The Neptune  (one Michelin star) in Old Hunstanton and tasted grilled partridge breast with sweet red endive leaves, dots of quince jam and dainty sandwiches of fried brioche filled with a paté made from the bird’s lights. We followed that with lobster agnolotti and juicy kohlrabi in a lightweight lobster bisque. Then perfect fillets of baby halibut with crosnes and artichoke hearts.

There were many other feasts, of course. When our daughter came up from London to spend a few days we took her out to lunch at Titchwell Manor for pails of  huge, glossy local mussels steamed with butter and shallots and turbot fillets with hollandaise, roast chestnuts and brussels sprout leaves – a side of green kale with chopped white anchovies almost stole that particular show.

Our favourite spot, however, turned out to be the White Horse at Brancaster, a pub on the edge of the salt flats that stretch out for miles towards the sea. They serve local oysters there – huge, soft, creamy ones that taste of melon and brine and go down spectacularly well with a malty ale called The Wreck, brewed in the village. I couldn’t resist the lemon sole amandine but Wendy’s choice was even better – a slab of grilled smoked haddock perched on a mound of smashed potatoes with wilted spinach and a final flourish of chive oil. Unpretentious pub food, but as good as it gets anywhere. If only we had had time to see our friends in London, but we stayed away from cities this time. Notwithstanding, it was an altogether splendid holiday. 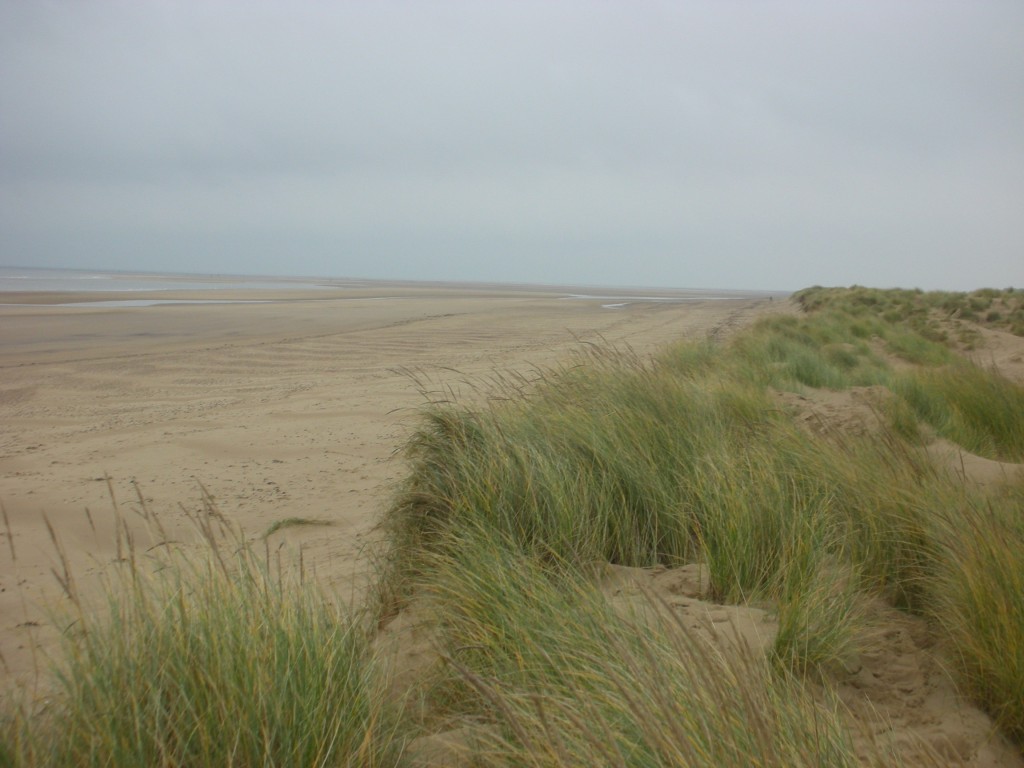