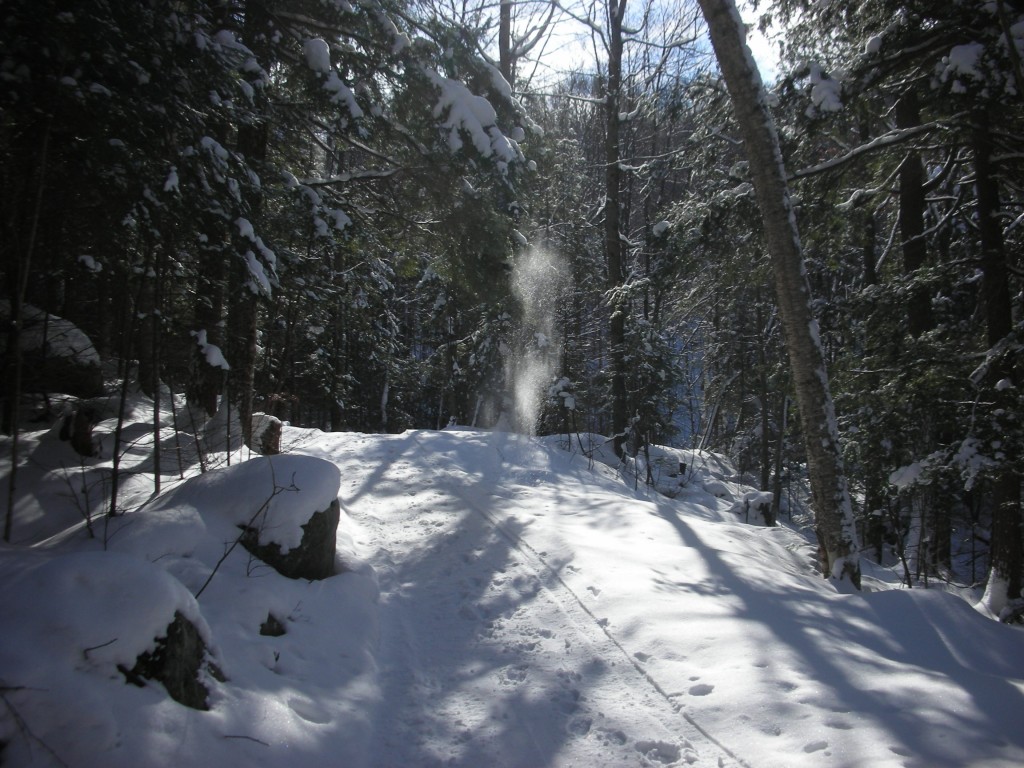 The thing about cross-country skiing is that it’s heaven when you stop. Especially if you’re a couple of hours into the forest, along one of the trails that loop through the 5,000 pristine acres that belong to the Domain of Killien. Up and down hills and steep little valleys, skirting snow-choked muskeg and cliff faces where icicles have formed like the organ pipes in a church, you suddenly find yourself on a ridge with a view of a frozen lake as smooth and white as royal icing on a wedding cake. That’s the moment to pause and inhale the absolute silence of the forest. It isn’t the silence of death, just a perfect pause, as if Nature were holding her breath and playing a game of statues, month after month, with infinite patience. The air is utterly still so it must be the weight of the sunshine that causes a little snow to fall from a branch in a slow-motion sparkle of light. And though deer tracks cross the trail here and there, some undeniably fresh, we saw not another living soul – man, bird or beast, on our two lovely long days in the wild.

A surprisingly large number of people have heard of the Domain of Killien, mostly because of the long-running advertisements on Toronto’s classical music radio station. In the off-season, however, one can almost have the place to oneself. It began life as a private fishing and hunting camp, built in 1927 by a local doctor on the shore of a lake about 15 minutes outside the village of Haliburton. In 1982, it was bought by the Count and Countess de Moustier, who already owned the adjacent 5,000 acres of forest, land that merges seamlessly into Algonquin Park. They had fallen in love with the Canadian winter and also, I suspect, with the simple charms of Ontario cottage life that Canadians often seem to take for granted. They set about renovating the property, making it a little more exclusive (five rooms in the main lodge, eight separate cabins in the grounds) but maintaining its rustic appeal. When the Countess’s two sons, Jean-Edouard and Dante Larcade, joined them in 1984 they opened as a year-round resort, renaming it the Domain of Killien after the family’s seigneurial estate of Quillien, in Brittany. 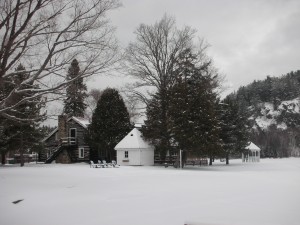 I first came to visit a year or two later, on assignment for Toronto Life – an article about posh getaways that was great fun to research. All the things I noticed then still hold true today. A great deal of the pleasure I felt had to do with things the Domain is not. It isn’t a typical Canadian resort. There are no facilities for children, no spa for grown-ups, no televisions or radios – no noise at all really beyond birdsong in the morning and the crackle of logs in the fire after dark. The lounge in the main lodge is a place to lie back on one of the big sofas around the fireplace and read a book (there’s a complete set of Tintin in the corner). Each of the pine-panelled cabins has a modern bathroom, a comfortable bed with extravagantly good sheets, a huge woodstove and pictures on the wall that reflect the family connections with Paris, Brittany and Guadeloupe. Everything is fine without being pretentious, the serenity tangible and inspiring – it’s why the great cellist Rostropovich came here to practice from time to time.

Days are filled with outdoor activity. A 40-minute hike takes you deep into the domain to secluded Delphis lake where there’s a winterized but very basic cabin for those seeking total solitude. In the summer, canoeing, fly fishing, tennis and hiking are the attractions, with golf close by, if you wish; at this time of year, it’s more about cross-country skiing, snow-shoeing, skating on the tiny rink beside the lodge and arrangements can also be made to go dog-sledding. The ski trails held the most attraction for my wife and me and we hit them after an excellent breakfast, taking with us a bumper packed lunch of sandwiches, fresh fruit, raspberry squares and some of the best hot chocolate I’ve ever had – as thick and rich and intensely chocolatey as some magical restorative from a children’s story book.

Back in the 1980s, Dante Larcade was chef here (he once had a little restaurant in Paris). Then he left for Toronto and opened an art gallery on Queen Street West called Roseland while his brother, Jean-Edouard, ran the Domain. Now Jean-Edouard has moved to the West Coast and Dante is back in charge, not as chef but as leader of a charming and efficient new staff who seem to love the place as much as he does.

The kitchen is in the hands of an enthusiastic young local chef called Emily Bjelis. Our first taste of her talents was the unforgettable almond biscuits we found in our cabin when we arrived – bendy cookies with more than a suggestion of meringue and macaroon in their make-up. They worked well with some very old non-vintage extra dry Champagne we brought with us and chilled in the snow. Slightly brown and with just a hint of oxidation, it was far more exotic and delicious than it had been when it was bottled almost 20 years earlier.

Bjelis’s dinner menu is very small – a soup, a choice of two appetizers, of two mains and of two desserts, plus cheese if you wish. Her style is faultless, honest and forthright, quite a bit plainer than Dante Larcade’s more Parisian cuisine. Her signature appetizer, according to the friendly server, is the layered creation seen here – a sort of exploded millefeuille of sliced portabella mushrooms, crisp parmesan puff pastry, spinach leaves, tomato and a cheesy bechamel sauce. I was just as impressed with a beautifully tender veal tenderloin served with wild blueberry gastrique and a muster of vegetables including perfect turnip, green beans, mashed sweet potato and pickled red cabbage. The wine list is mostly French but with enough Canadian bottlings to remind everyone where we live. Prices are eminently reasonable and choices interesting – I was delighted to find a 2008 Jurançon sec that proved a lovely match to a starter of rare scallops garnished with leek.

The Domain of Killien isn’t for everyone. Its charms are more meditative than frenetic, its comfort more understated than pampering, but I find the overall insistence on simplicity ends up being rather sophisticated. And you can’t really go wrong with access to 5,000 acres of unspoilt Canadian wilderness in the Haliburton Highlands – a brumal Eden for couples with romance on their minds. 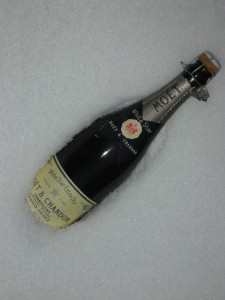