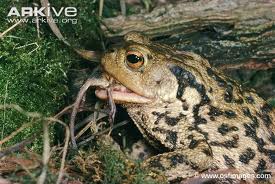 One of the things that has given me most pleasure in the last few years is to watch the friendship burgeon between my daughter and my mother. Now that Mae is living in London for most of the year, growing her career as a stand-up comic, they have been spending lots of time together. I never taught Mae to cook (mea culpa, mea gulpa culpa) in the way that my mother (a genius in the kitchen) taught me to cook. Now my mum is doing the honours. In fact, they are considering writing a cookbook together and I am sure it will be vivid and funny and wise and full of invaluable insight.

One of the dishes my mother has taught my daughter in the last year is Toad in the Hole. Everyone knows, I hope, that this is an English treat consisting (in its most usual incarnation) of sausages smothered in batter pudding (a.k.a. Yorkshire pudding) then baked. The end of the sausage tends to poke out from the pudding like a toad looking out of a hole. The whole affair is delicious with hot English mustard.

I was thinking about toad in the hole last week when I was in Greece and busy installing a new woodstove chimney through our three-foot-thick stone walls. The guy doing most of the work was Steve O’Connor, an Englishman who has lived in the next village but one for a good 20 years. We were swapping renovation stories while we worked and talking about the things we had found in our very old houses – dowry papers and other legal documents sealed for safe-keeping in an old daub-and-wattle bedroom wall; bits of a stone mortar; bottles of veterinary embrocation; an English gold sovereign that had slipped between floorboards a hundred years ago.

Steve had the strangest story. His old house, like mine, had a stone pezouli running along the inside wall of the kitchen – like a support wall about three feet high and two feet deep – useful for sitting on or using as a big shelf. I kept mine; he decided he’d rather have the extra floor space and started to demolish his, busting off the plaster and old whitewash then digging out the stones and rubble from which the wall was made. To his surprise, the pezouli was hollow and the inside was rank and damp where the roots of an olive tree had writhed their way in from the garden outside and then rotted. He had almost finished the job when he noticed something in the dim light of the kitchen – something shiny and black that moved amidst the rubble. It was a monstrous toad. Sometime long ago it must have squeezed in from the outside, following the olive root. It couldn’t get out and so it lived in the darkness inside the wall, blind and imprisoned, growing ever fatter on whatever moisture it could suck from the rotting tree roots, eating whatever creatures found their way into that fetid space.

“It was as big as a half-deflated soccer ball,” said Steve. “Monstrous. I got a shovel under it and carried it outside under the trees. It was heavy and it wobbled. Then I went back in and began digging down, sealing the wall.”

And now I can’t get the image of the toad out of my mind. Toad in the hole. It has quite put me off my tea.